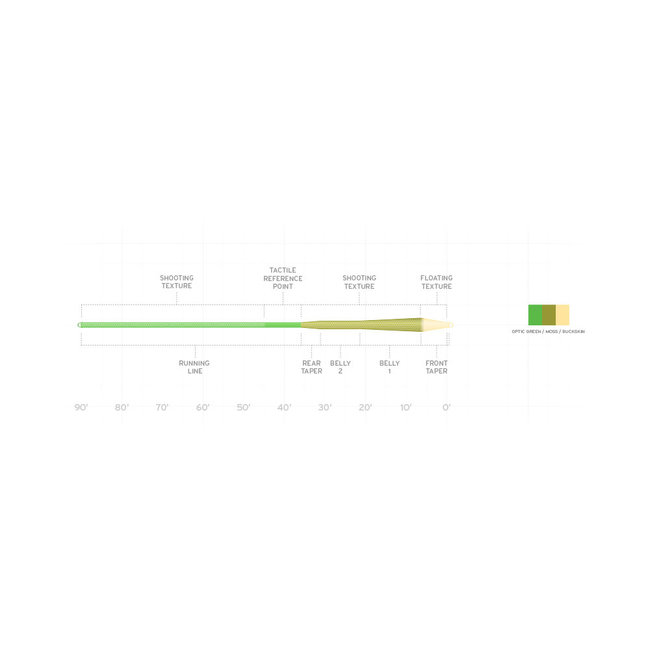 When SA introduced these lines to us shop owners, we stood back in amazement (as it were) at the description of all the new technology that went into the design and creation of the Amplitude. After lunch we were able to take them out and cast them -- and, well, we kept going all afternoon. The first series of lines to feature the revolutionary AST PLUS slickness additive, the Amplitude series will indeed shoot farther and last longer than any other line on the market.

Built a half-size heavy, the MPX taper starts where the GPX left off. Redesigned with more mass toward the front of the head, the MPX provides the same benefits of the GPX, with an added emphasis on presentation. The power is still there, only with an added bit of finesse.